Prof. Dr. Ismail Cakmak from Sabanci University in Istanbul has been awarded the Georg Forster Research Award of the Alexander-von-Humboldt Foundation, valued at 60,000 Euro. The agricultural scientist from Turkey is internationally highly recognized for his expertise in the field of plant nutrition and plant physiology, in which he connects basic research with practical application. In the beginning of this year, he started conducting his research at the Institute of Applied Plant Nutrition (IAPN) as well as at the Department for Crop Sciences, in the Section of Plant Nutrition and Crop Physiology at the University of Göttingen.

One Year of Research in Göttingen 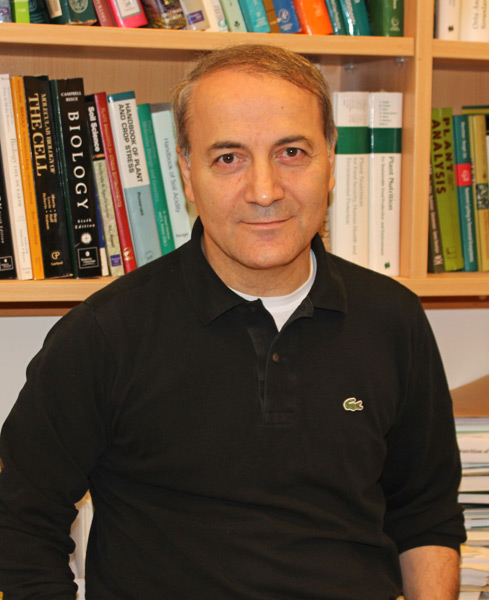 For one year, Prof. Cakmak will be working in Göttingen, thereby strengthening the bonds of scientific co-operation between IAPN, Göttingen University and Sabanci University in Istanbul. “We are confident his visit will help advancing knowledge on mineral plant nutrition that is needed to mitigate problems in water-limited agriculture,” said Prof. Dr. Klaus Dittert, Scientific Director of IAPN and the Section of Plant Nutrition and Crop Physiology. “This field is of major importance within our joint research on crop nutritional physiology. During his stay in Göttingen, Prof. Cakmak will focus on the relevance of potassium and magnesium on partitioning of photoassimilates within plants, and effects on plant shoot and root growth.”

Born in 1959, Ismail Cakmak earned his doctorate in 1988, at Hohenheim University and as a Humboldt-fellow went on to conduct post-doctorate research in Hannover and Hohenheim, among other places. Since 2000, he is Professor of Biological Sciences and Bioengineering at Sabanci University, Istanbul. Among other projects, he has also been involved in the highly recognized international Harvest Plus Program which seeks to reduce hidden hunger and to provide micronutrients and trace elements to millions of people. Prof. Cakmak is responsible for a considerable share of the progress made in increasing grain zinc density, thereby contributing substantially to alleviating zinc deficiency. Zinc deficiency in human nutrition still presents a major health problem in Turkey as well as in many developing and threshold countries.

In 1999 Prof. Cakmak was awarded the TÜBITAK Science Award, the most distinguished scientific accolade in Turkey. In 2005 he was awarded the International Fertilizer Industry Association Crop Nutrition Award, in recognition of his contributions to both human health and to crop production, and in 2007 he received the Australian Academy of Technological Sciences and Engineering “Derek Tribe Award Medal”. This was followed by the Humanitarian Service Award granted by the Lions Club, in 2008. In September 2012 Prof. Cakmak was elected into the Academy of Europe.

More on the Alexander von Humboldt Foundation and on the Georg Forster Research Award.

The project HarvestZink seeks to explore the use of fertilizers in order to in­crease the zinc content of cereal crops.