As of 1 August, 2015, Prof. Mehmet Senbayram, thus far Junior Professor at the IAPN, will take on a professorship at the Institute for Plant Nutrition and Soil Science at Harran University in Sanliurfa, Turkey. The intended communication between the IAPN and this institution will strengthen the IAPN’s international network. 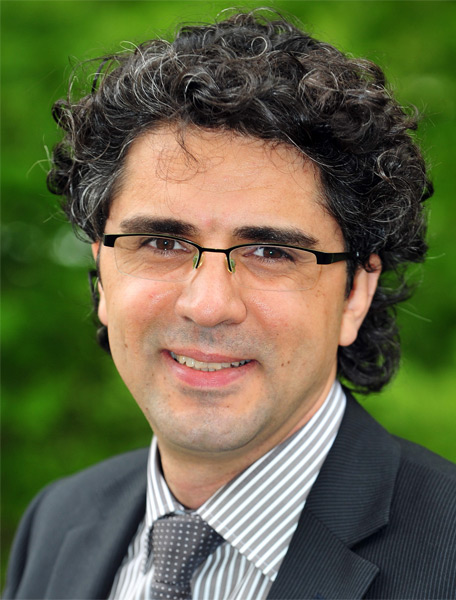 In June 2012, Senbayram had accepted the newly appointed junior professorship for Applied Plant Nutrition at the IAPN. His activities included research on the effects of abiotic stress factors on crops. By using totally new analysis techniques, Senbayram was able to present new findings on the effects of potassium, magnesium and nitrogen under drought stress. He investigated the influence of these nutrients on photosynthesis, transpiration and respiration of plants, as well as on the transport of photosynthesis-products from their places of generation to the storage organs. “We will definitely continue to employ the analysis techniques developed by Prof. Senbayram as part of our research projects. To us, his work has been extremely valuable”, said Prof. Klaus Dittert, Scientific Director of the IAPN.

The IAPN and Prof. Senbayram will in the future continue their professional exchange, forging a new partnership with the Institute for Plant Nutrition and Soil Science at Harran University in Turkey. Worldwide, the IAPN cooperates with a host of research institutions, in order to build and use networks to facilitate local knowledge transfers. By establishing these international contacts and co-operations, the Institute is reacting to current challenges in the field of plant nutrition.

Prof. Mehmet Senbayram was born in Turkey and studied agricultural sciences at Ege University, Turkey, and at the Christian-Albrechts-University in Kiel, Germany. After completing his doctoral degree at the Kiel University and prior to accepting the junior professorship at the IAPN in June, 2012, he spent several years conducting applied research at the Hanninghof Research Station in Dülmen, in North Rhine-Westphalia.

The IAPN expresses its gratitude to Prof. Senbayram for his excellent work, and wishes him continued success for his future, both professionally and personally.

Additional information on Prof. Senbayram is available on his staff page.