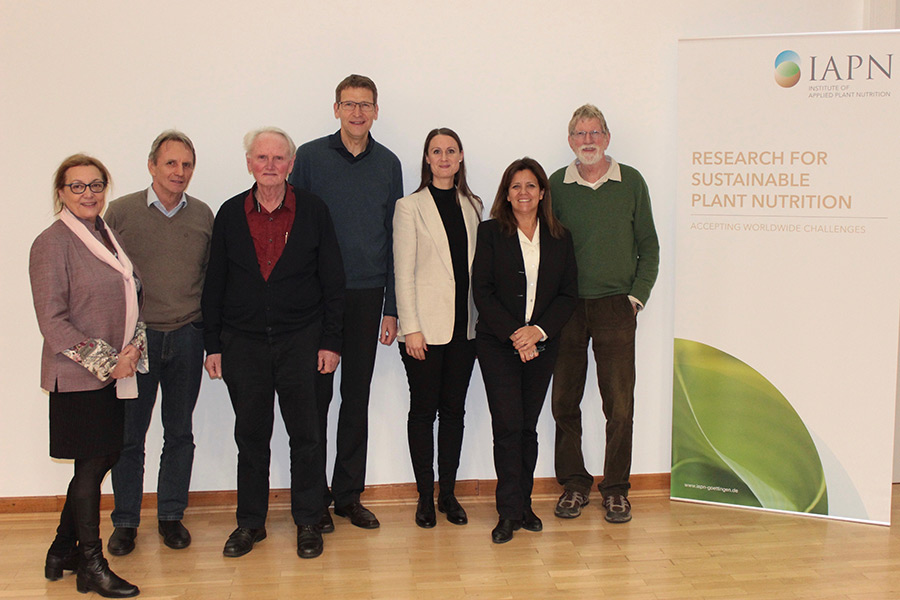 Agriculture is one of the most important sectors of Uruguay’s economy. About 75 percent of the country’s total exportations are agricultural products with cellulose, beef, dairy products and soybean being the main exported commodities. In 2017, soybean, wheat, rice, barley and maize were the Top Five Crops in agricultural production. In numerous crops, symptoms of potassium (K) deficiency are observed more frequently in recent years, and researchers conduct an increasing number of studies on K management in Uruguay.

Professor Dr. Mónica Barbazán from the Universidad de la República in Uruguay is one of the leading researchers on K in the South American country. Within our series “IAPN in Dialogue” on December 4th 2019, she provided very interesting insights into the challenges and breakthroughs of K research in Uruguay. IAPN Professor Dr. Merle Tränkner moderated the event and the vivid discussion.

Uruguay has a temperate climate with fairly well-defined seasons and rainfall fairly evenly distributed throughout the year. There are many different soil types, and in native soils plant available K ranges from very low to very high K levels. Historically, agricultural activities developed in regions with high K soils, under conventional tillage and crop rotations including pastures. Therefore, K fertilization has not been widely recommended and studies on K were scarce. 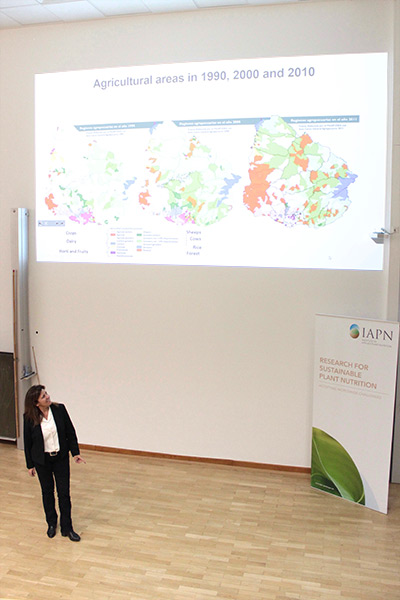 Beginning with the year 2000, the agricultural system of Uruguay started to change, due to higher grain prices and a growing production of soybean: “The annual cropped area increased from 700 thousand in 2002 to above 2 million ha in 2014. Soybean and wheat were sown on 67 percent and 20 percent of the area in 2014, respectively”, Mónica Barbazán explains. “Cropping systems have been intensified, shifting the production systems from crop-pasture rotations to continuous annual cropping under no-till systems showing a current index of 1.5 crops per year.” The focus shifted from winter to summer crops. Land prices increased, and farmers started to rent fields, mainly with short-term contracts over two to three years. 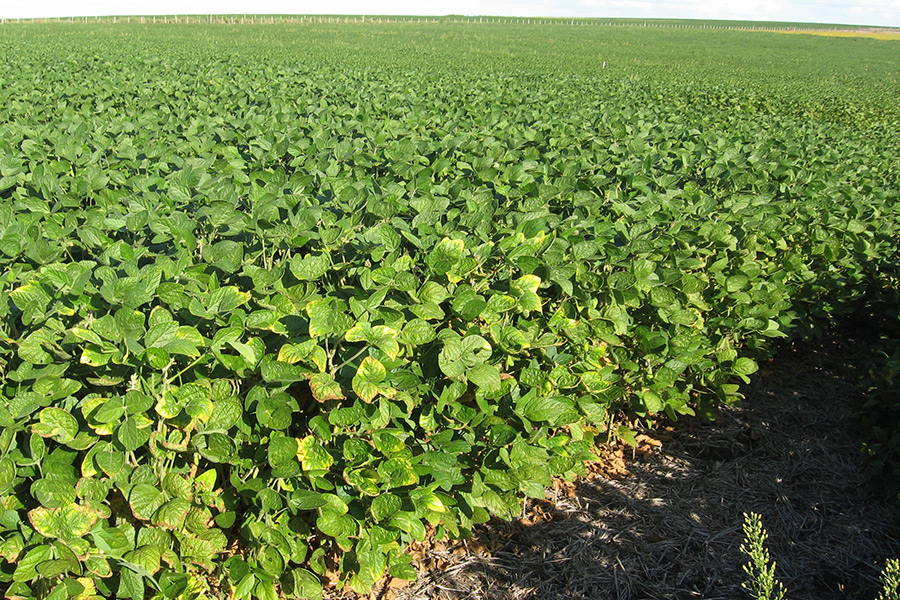 Because K fertilization was almost absent in Uruguay, more K was removed from the soil than applicated. The K balance became even more negative when the production of soybean – that requires high amounts of K – increased and agriculture spread into regions with marginal soils that have low rates of exchangeable K. In the late nineties and early 2000s, field research reported K deficiency symptoms in soils with low exchangeable K in several crops, and recently, visual deficiency symptoms appeared increasingly frequent. 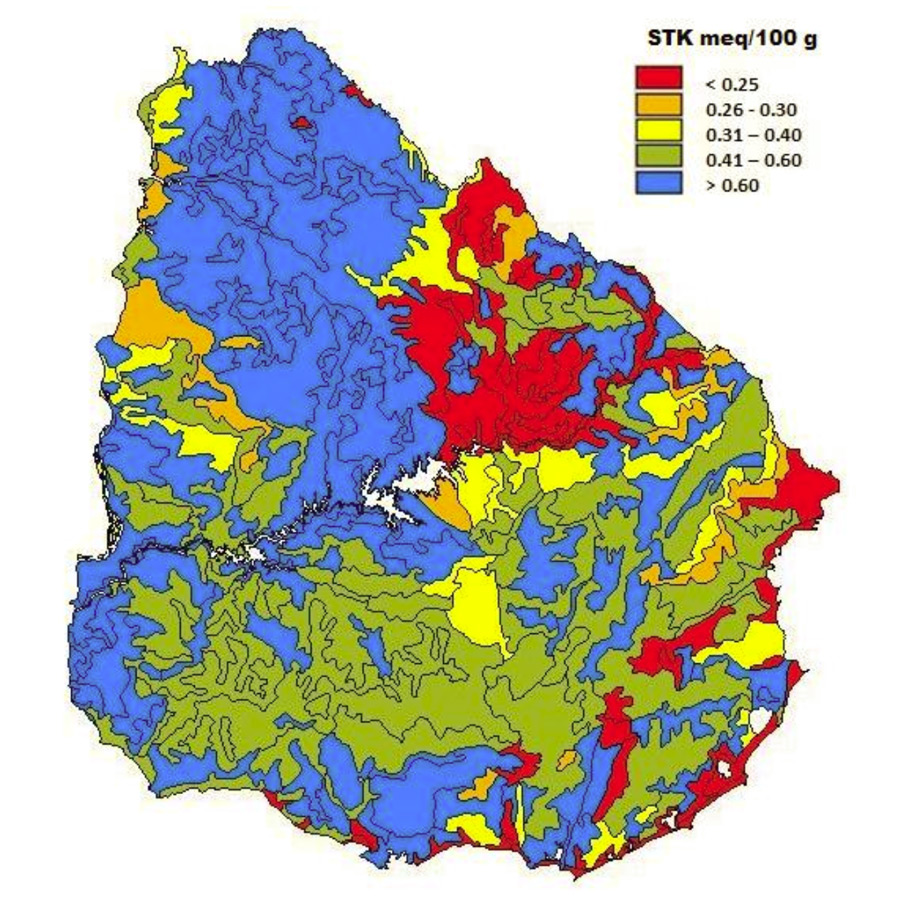 Based on the results of soil tests and on information of agronomists a map was developed showing the soil test K (STK; 0-20 cm) according to the soil recognition guide of Uruguay. Scale: 1:1,000,000. (Source: Califra and Barbazán, unpublished)

Further surveys were conducted that explored and demonstrated crop responses to K. “We summarized data from 50 trials on K response in barley, wheat, corn, soybeans, sorghum, and sunflower”, says Mónica Barbazán. “These trials were conducted by different working groups between 2004 and 2010, in soils with different texture and soil test K (STK, exchangeable K) levels. K fertilizer increased crop yields in 15 of 50 sites (p<0.10). Across all sites and crops, the critical level of exchangeable K was 0.3-0.40 cmol kg-1 (120-160 ppm; 0-20 cm depth). This study represented a breakthrough in K research in Uruguay. Its results have demonstrated the need for further studies of K dynamics in soils of Uruguay.” Afterwards, the number of trials was increased. Among other questions, the relationship between response probability and STK as well as between relative yield for all crops and STK were studied.

Exploring the variability in the prediction of K response

Because of the variability in the prediction of K response it was necessary to consider other factors that could affect K response. Examples are the sampling time, soil texture, and soil mineralogy. Uruguayan soils present a wide type of clay mineralogy. So, the knowledge of this could help to improve the index of soil testing for K. For example, soils with more kaolinite could have a lower critical level than soils with more illite.

Mónica Barbazán concluded her presentation with a summary of future challenges in research: Beside the improvement of field calibration – that remains a continuous task – it is important to evaluate different soil test methods: Soil testing laboratories usually carry out STK determination in dry samples, but researchers found that soil test calibration is improved when STK is determined in field-moisture condition (moist) samples. Furthermore, soil samples should be taken very close to planting a crop, after the K is released from the residues of the previous crop.

Also, strategies to improve K uptake in no-till need to be evaluated – as well as the advantages and disadvantages of preplant broadcast K and post emergence methods, and of granulated and fluid fertilizer. The dynamic of K in irrigated systems is another important topic. Mónica Barbazán also highlighted the importance of peer-reviewed publications, which are urgently needed to develop a K management system.

More on “IAPN in Dialogue” 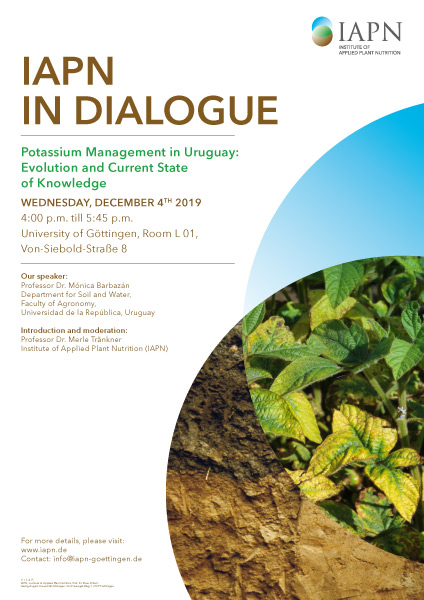 Poster with the announcement of IAPN in Dialogue (3,9 MB)