2014/11/18 - Second International Symposium on Magnesium: Focusing on the Element Magnesium

At the Second International Symposium on Magnesium held in São Paulo, the importance of the element magnesium for the health of humans, animals and plants was discussed intensively for the first time in Brazil. 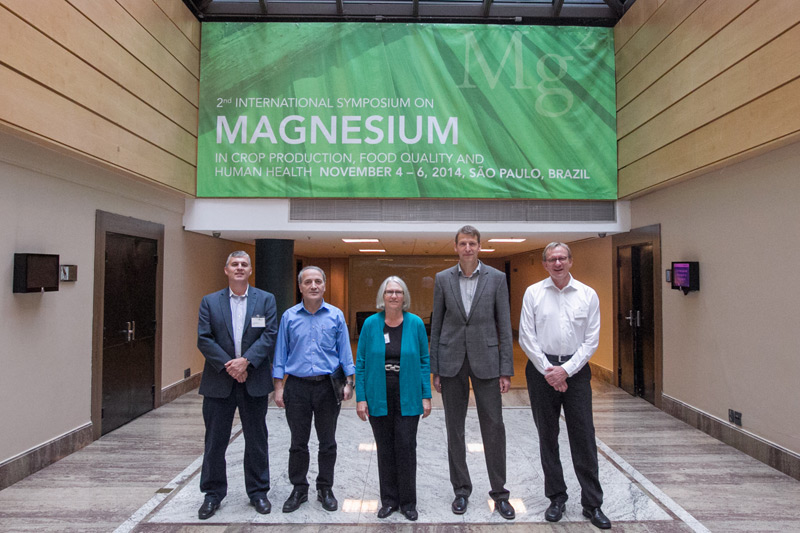 With approximately 100 people taking part, the Second International Symposium on the role of magnesium as a crop nutrient, in the quality of foodstuffs and in human health was held from 4 to 6 November 2014. The symposium was organised by the Institute of Applied Plant Nutrition (IAPN), which is based at the Georg August University in Göttingen, Germany. The event was organised jointly with the University of São Paulo, Brazil, Sabanci University, Turkey, the Center for Magnesium Education & Research, USA, and the Brazilian office of the International Plant Nutrition Institute (IPNI).

Magnesium has numerous elementary functions in the organisms of humans, animals and plants. In plants, for example, magnesium is essential for photosynthesis, energy metabolism and the transport of nutrients, and thus contributes towards improving quality and harvest volumes. An undersupply of magnesium is particularly critical for grazing animals, as it can trigger the life-threatening metabolic disorder grass tetany. In human medicine, it has been attested to many times over that a sufficient intake of magnesium lowers the risk of cardiovascular disorders. 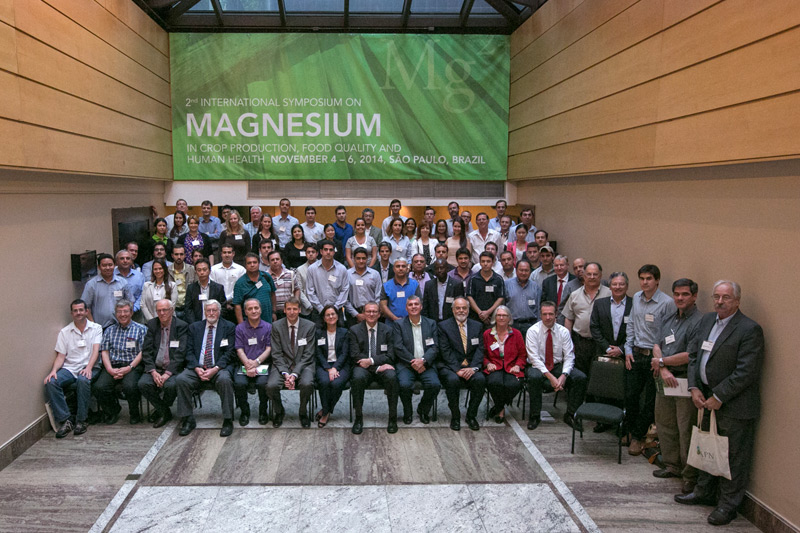 Fertilization with magnesium has not as yet been customary in Brazilian agriculture, and the element’s importance for soil fertility and the quality of the crops that are harvested is little known so far. “The current situation in Brazil was an important reason for us to organise the second symposium on magnesium in Brazil”, said Prof. Dr. Klaus Dittert, scientific director of the IAPN and co-organiser of the symposium. “With the symposium, we were able to initiate a dialogue together with our Brazilian partners on the importance of magnesium in agriculture. It is very important to put the already available knowledge about magnesium fertilization into practice more intensively, but also to formulate open research questions jointly with the practitioners.”

The question of how agricultural crops can achieve good yields even under difficult conditions such as increasing heat, solar radiation and water shortage was of central importance in the discussion panels at the symposium. The focus has therefore been on this issue, not least because Brazil is currently being affected by a severe dry spell. The IAPN’s direction of research was therefore confirmed once more, because the IAPN researches how agricultural crops can be strengthened for such difficult conditions. It became clear at the symposium that the element magnesium has an important role to play in increasing the resistance of crops to difficult environmental conditions and in improving the nutritional quality of agricultural products.

Photos for the press

Check out the photo album with impressions of the symposium.