Teaching at IAPN is interactive. In this way, discussions and sustainability of learning are promoted. Teaching modules include both lectures and practical, hands-on activities. The lectures provide theoretical knowledge on photosynthetic leaf gas exchange, water-use efficiency and plant physiology under conditions of stress, such as nutrient deficiency. In practical exercises students conduct measurements and biochemical analyses of plant material and learn to depict and interpret the data gained. 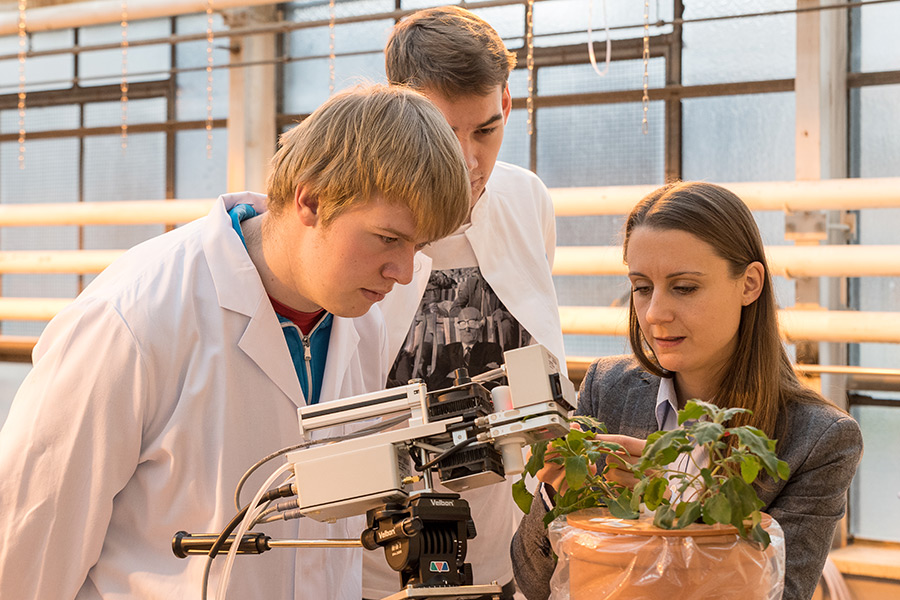 The current Bachelor course at IAPN is entitled “Plant Nutrition meets Plant Physiology – Experimental Work at the Intersection of these Disciplines”. The module is aimed at students of agricultural sciences with focus on “Crop Sciences”. This module provides expert knowledge on nutrient physiology and on the symptomatology of various nutrient deficiencies. The course is held by Junior Professor Dr. Merle Tränkner. 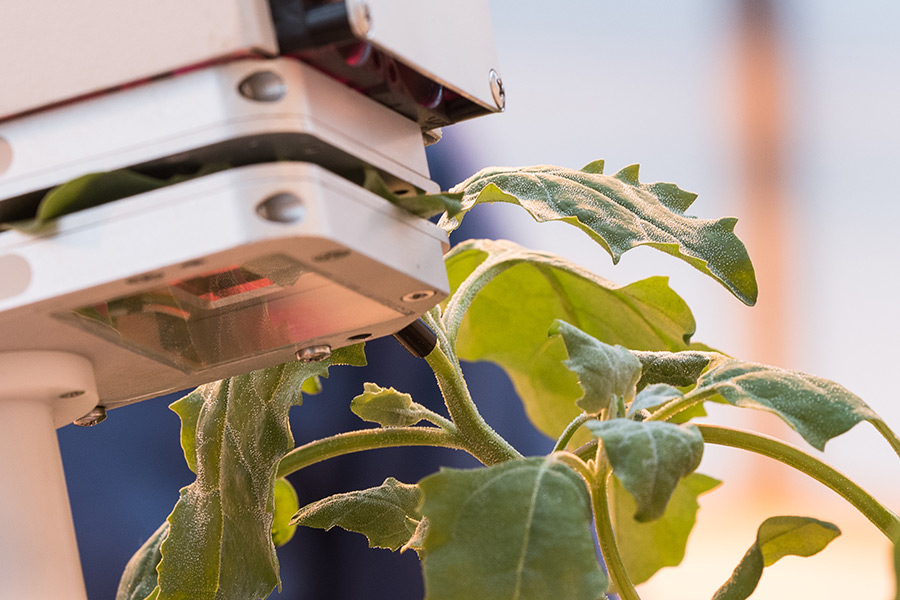 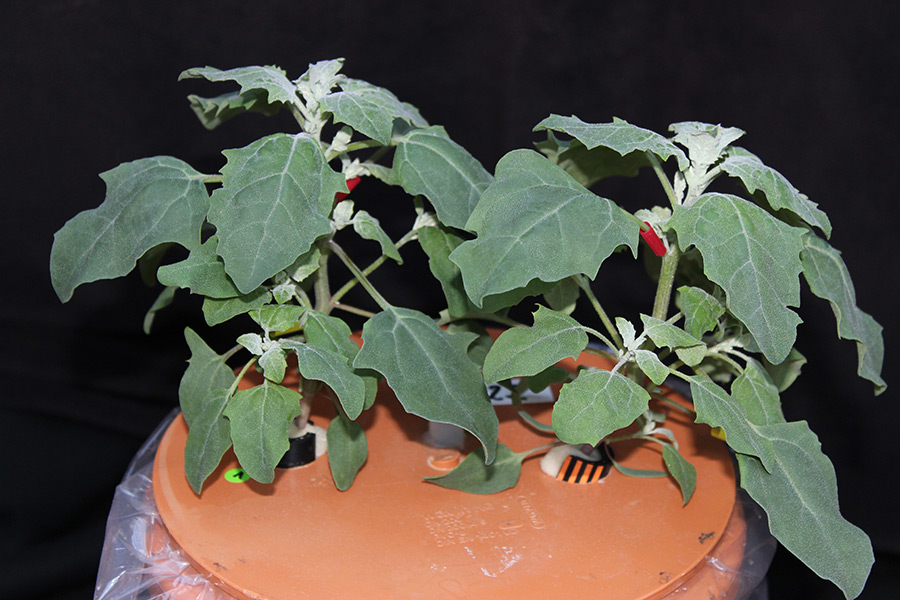 Measurement of leaf gas exchange in a quinoa plant. Clearly visible are the salt bladders on the leaf surface in which the plant stores the salt it has absorbed and thus makes it harmless for its organism. (Photos: IAPN)

Among other issues, students also investigate the influence of salt stress, comparing the reactions of salt-tolerant and of salt-sensitive plants. Quinoa plants are used as an example of salt-tolerance. In many countries this is a crop with considerable economic relevance. The United Nations General Assembly declared 2013 as the "International Year of Quinoa". Worldwide, the seeds of this plant have been receiving increasing attention as a so called "Superfood". “I did not initially tell students which plants they were looking at in the greenhouse. When they found out they were looking at quinoa, they were very interested. In general, people are familiar with the seeds, but not with quinoa plants”, says Merle Tränkner.

From lecture hall to greenhouse

By attending expert lectures students acquire knowledge on the functions of nutrients in plants. The focus is on the processes of photosynthesis and transpiration. This is followed by the various forms of water-use efficiency and its calculation. The latter is based on measuring the sugars, which are produced during photosynthesis and are required for plant growth, and the amount of water the plant uses for transpiration. Transpiration is influenced by abiotic factors such as drought or soil salinity. Soil salinity is induced by a higher concentration of salts in soil, resulting in decreased availability of water to plants.

Experimentation is used to link the theory on plant-physiological reactions passed on in lectures to applied research. For these experiments, conducted in parallel to the lectures, students raise plants and induce nutrient deficiency, salt stress, drought stress or a combination of these stress factors. In weekly practice sessions, students then learn how to conduct measurements on plants, focusing on photosynthetic leaf gas exchange and water-use efficiency. 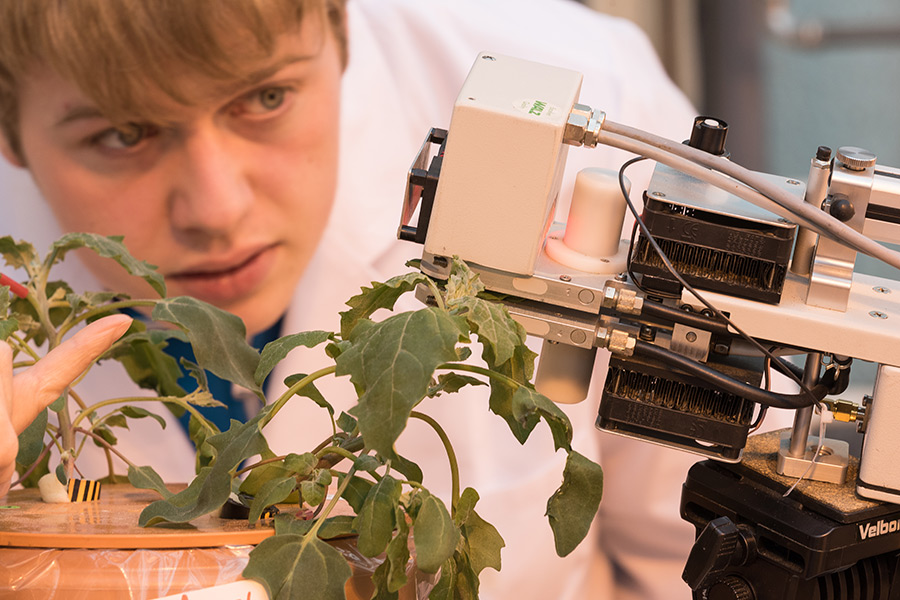 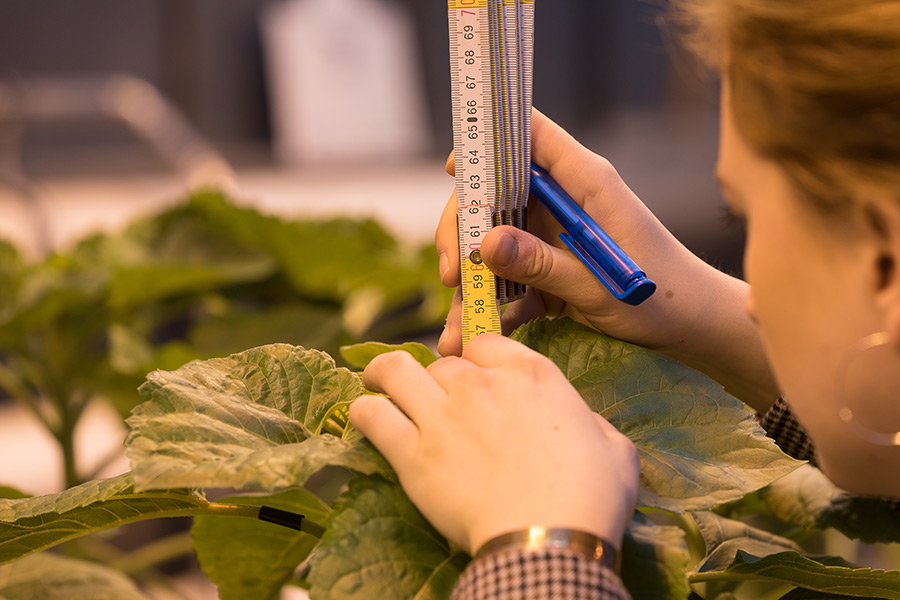 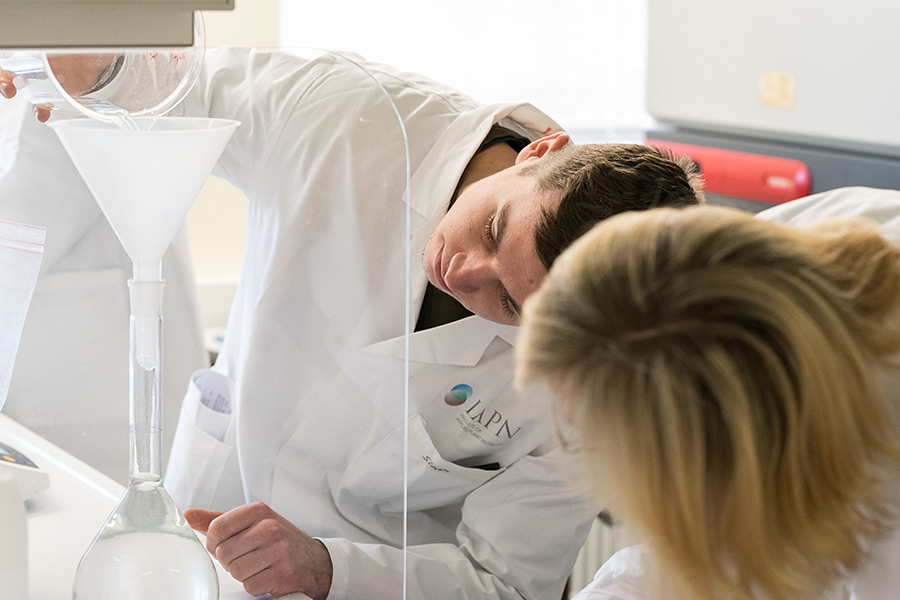 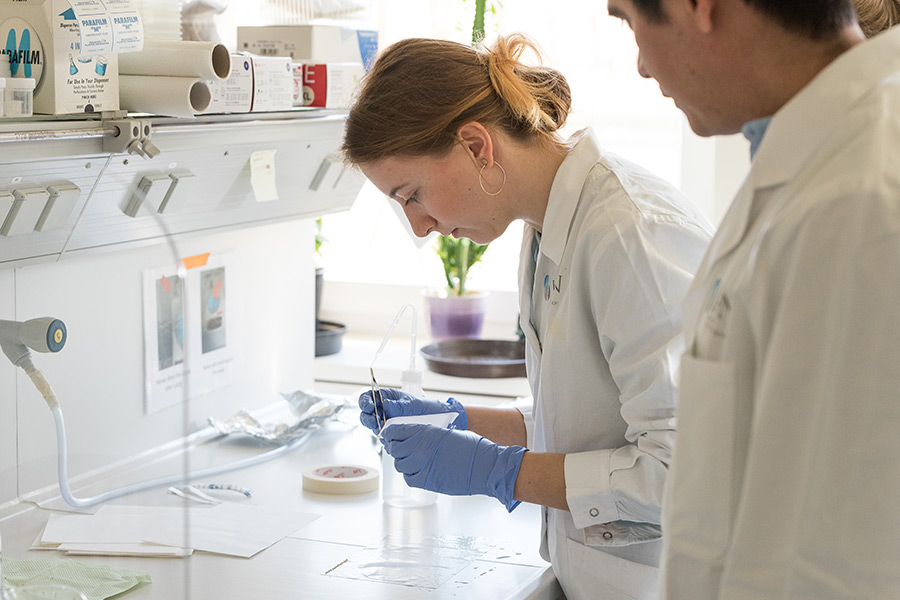 A general characteristic of nutrient deficiency is a decreasing photosynthesis rate. The significance of this reduction however depends on the degree of the deficiency and even if deficiencies are induced at the same time, the plants’ reactions to these deficiencies vary significantly. This is partly due to the mobility of nutrients within the plants. Potassium and magnesium, for instance, are relocatable within plants, while iron is not mobile. This characteristic is responsible for typical symptoms: plants lacking magnesium or potassium will show these deficiencies on older leaves, while iron deficiency is discernible on younger leaves. Students learn to identify these characteristics and to take them into consideration when conducting measurements. They generate various types of data, create data sets and use applied statistics to evaluate the information. At the end of the semester, students present the data captured to the other course participants. This presentation also serves as one of the module’s exam components. 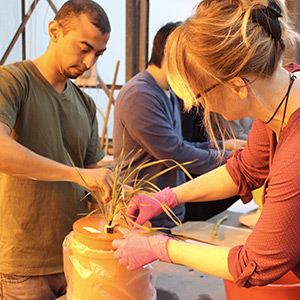 More about courses held at IAPN

»Research for sustainable plant nutrition« – IAPN at a glance (1 MB)